The CFC provides federal employees with the opportunity to donate to charities via a one-time donation or payroll deduction.

She said additional changes made this year include allowing military retirees who are not federal employees to contribute by making a one-time donation and the bringing back of the paper pledge forms.

“This year we are using “Cause Cards” during our briefs to service members,” Piccione-Leone said. “We ask them to write down what they are passionate about to evoke thought on what cause they would like to donate time or money to. We’ve had a lot of different answers ranging from rehab and homelessness to animal rights activism and religious freedoms.”

She added, “Service members from the installation will be featured on the Gateway CFC Facebook and Twitter pages with their “Cause Cards” showing what they are passionate about supporting.”

The photos are scheduled to be shown on the Tuesday following Thanksgiving, also known as Giving Tuesday.

“We are hoping this will remind everyone that the campaign is running and how just how easy it is for federal employees to donate to a nonprofit charity of their choice by a simple payroll deduction,” Piccione-Leone said.

Fort Leonard Wood’s annual charity fair is scheduled from 10 a.m. to 2 p.m. Dec. 4 at the USO, where Piccione-Leone said between 20 and 25 charities are expected to be in attendance.

She said the event is open to all service members, DOD employees, government contractors and military retirees.

According to gatewaycfc.org, the CFC is one of the world’s largest and most successful annual workplace charity campaigns, raising millions of dollars each year.

For more information or to schedule a brief, call Piccione-Leone at 573.563.4057, or email michele.l.piccione-leone.civ@mail.mil. 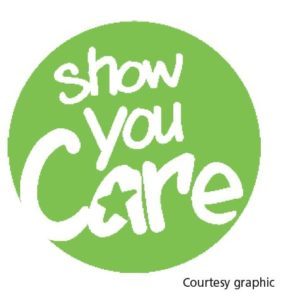