FORT LEONARD WOOD, Mo. – For the fourth year in a row, the Army’s Drill Sergeant of the Year hails from Fort Leonard Wood.

Speaking to the Army Times after the competition, Hickey said he was “very surprised” when his name was announced as the winner.

“There was a great field out here and a whole lot of people who did a great job,” said Hickey, who has served in the Army for 12 years.

In addition, the Army named Staff Sgt. Bryan Ivery as this year’s AIT Platoon Sergeant of the Year. Ivery is a cryptologic linguist at the Presidio of Monterey in California. 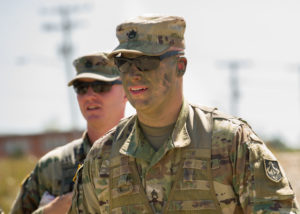 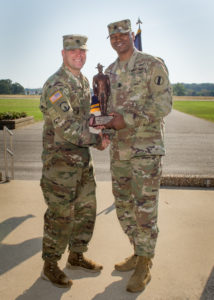